Construction works are on schedule with the progress at the end of June at just over 50%. More than 7,000 workers are at project site these days with the focus on pre-stripping activities and construction of the operation including the mill, seawater pipeline and other required infrastructure. First of the power lines was completed and the assembly of conveyor belts supplied by the Polish producer Sempertrans from Bełchatów commenced. Some of the world’s largest shovels and haul trucks with payload capacity of 300 tons are on site. All of them are equipped with production steering systems based on GPS technology. Sierra Gorda is currently one of the safest mining projects in the world. Thanks to our Zero Harm policy we managed to avoid any serious accidents so far, despite very demanding work conditions and fast pace of construction - said Maciej Ściążko, responsible for project management. 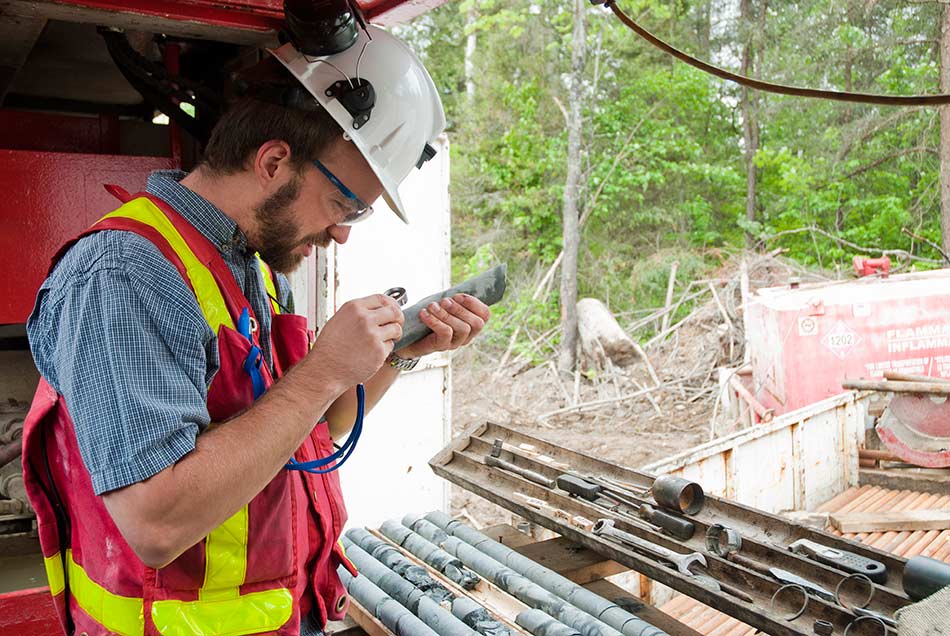 After 5 years of construction the SW-4 Shaft was connected with the underground drifts of Polkowice-Sieroszowice Mine. Completion of the shaft construction which includes the reinforcement works and headframe is expected in 2015 when the shaft will ultimately reach 1,216 meter level. The shaft with a diameter of 7.5 meters will provide ventilation to the mine. Ultimately it will supply 72,000 m3 of air per minute to the underground workings. Thanks to this KGHM is able to execute the plans of developing the Głogów Głęboki Deposit which is part of the continuous ore body currently exploited by KGHM.

- For any mine completion of sinking of a new shaft is one of the key elements. This shaft represents delivering on our promises to shareholders, a guarantee of our development. SW-4 provides us with additional potential and access to our copper deposit for future decades. It also means greater safety of our workers – said Herbert Wirth, President & CEO of KGHM Polska Miedź SA.

The shaft is named after Tadeusz Zastawnik, legendary developer and the first General Manager of KGHM. Production from Głogów Głęboki will be carried out with the use of infrastructure of both Polkowice-Sieroszowice and Rudna Mines. The first mining field within this deposit will be brought into production in 2014. 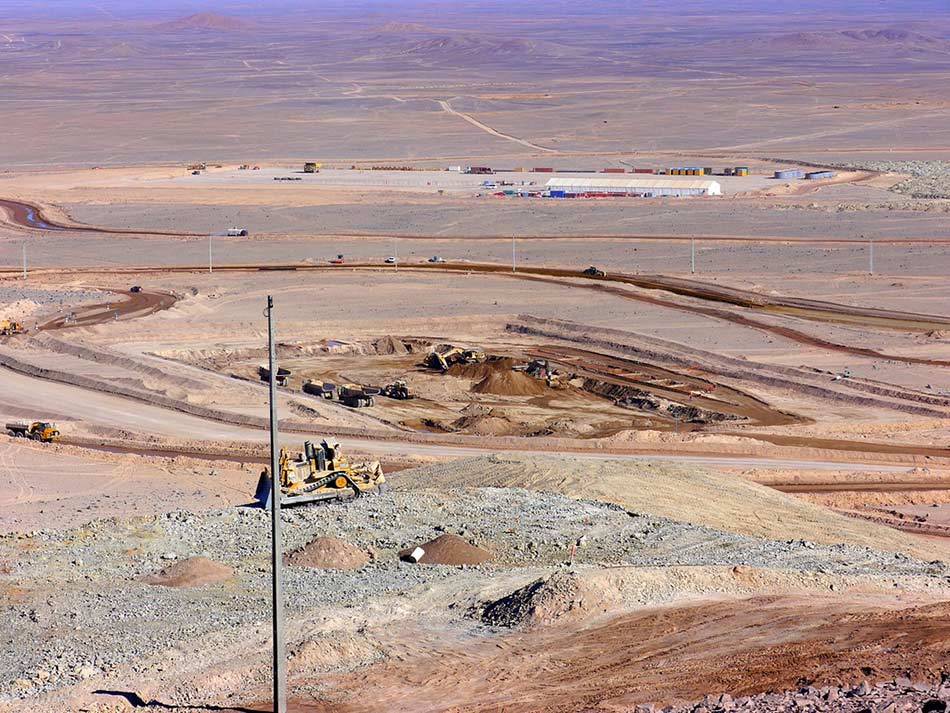 On Thursday, August 1st, 2013 KGHM International entered into an agreement with the global mining company Vale. The agreement governs the development of Victoria project as well as the ore off-take to Vale's processing facilities in Sudbury, Canada. This opens the door for the development of KGHM's third most important project. The Company has obtained the right to build and operate the project as a sole owner. Furthermore, both companies agreed to new terms of off-take coming from KGHM International mines in Sudbury Basin, including the future Victoria Mine.

- Thanks to execution of this agreement, the value of the project has increased and we are able to significantly reduce the risk of project development, which will allow us to begin construction later this year - said Jaroslaw Romanowski, Executive Vice President of KGHM International Ltd. - I strongly believe that apart from Sierra Gorda, Victoria will be our second most notable overseas project and second most significant value creation driver.

The Victoria Project, located in Ontario, Canada, in one of the largest mining centers - Sudbury Basin, was one of the greatest discoveries in the history of the region. The deposit containing ore rich in copper, nickel and precious metals will be extracted as an underground mine. 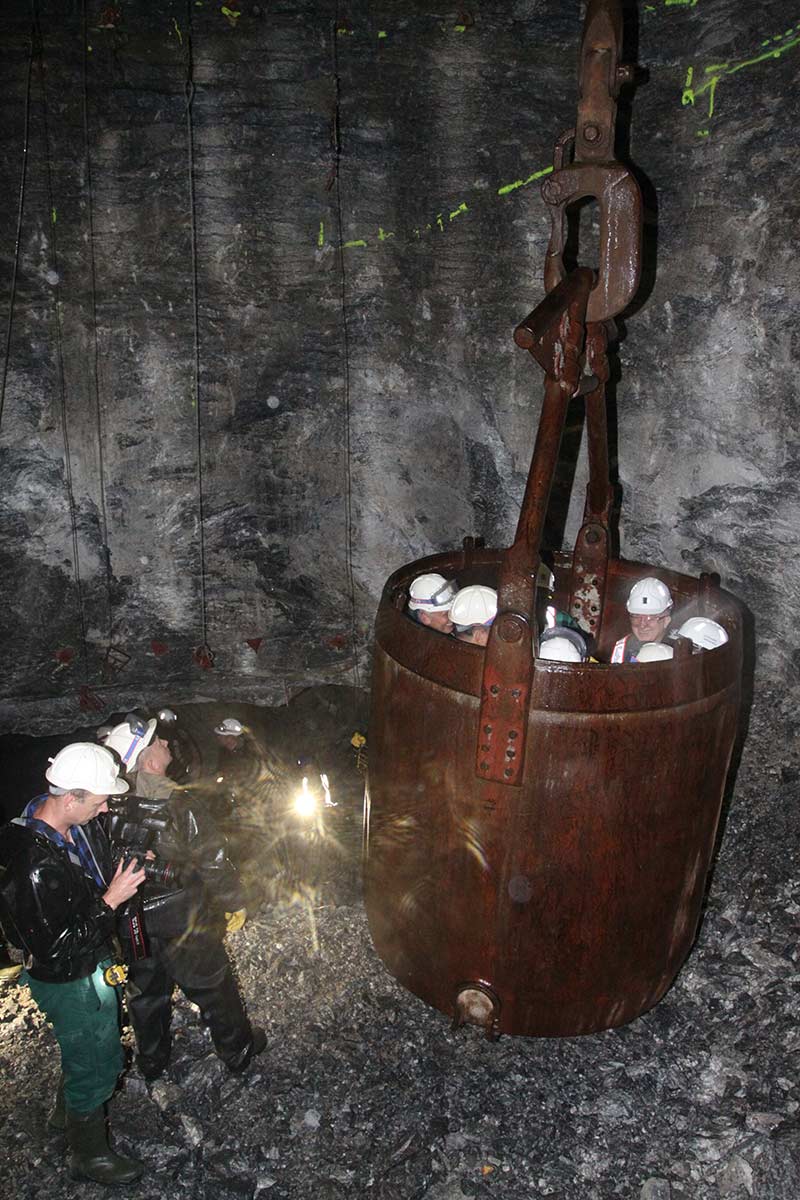 Works on an updated general arrangement for the mine are underway which will allow for reduction of the mine’s impact on the nearest city neighborhoods and public infrastructure. Also geophysical surveys were conducted which indicate that significant mineral potential exists within the area of Afton-Ajax project. The company plans to conduct further exploration and drilling to assess this potential in more detail. As a result of that Environmental Application will be submitted after a thorough analysis of changes to the mine’s general arrangement and the assessment of the area where further exploration works are conducted.

Our goal is to maximize the value and fully utilize the potential of the Afton-Ajax project – says Krzysztof Kubacki, Vice President of KGHM International. If this new information regarding additional mineral potential for copper and gold is confirmed by the results of our exploration campaign, it may have a positive effect on the value of the project.

Due to significant social interest in Kamloops in the development of this project the operator planned four information session meetings with local citizens, which will be held at the beginning of September.

Overseas mining assets play a key role in terms of future development of KGHM Group. Simultaneously the company develops its potential in Poland by conducting exploration works within own mineral claims – Synklina Grodziecka and Gaworzyce – Radwanice. In near future the company will commence exploration works in the Retków – Ścinawa area. KGHM is also applying for additional mineral claims in the areas of Głogów, Bytom Odrzański and Kulów – Luboszyce, which are adjacent to KGHM’s operating mines.

In order to make browsing this website more comfortable for our users, mainly to adapt the website's layout to their preferences, browser type and preferred language, we reserve the right to collect additional data (sent by the browser as standard) and use the so-called cookie files. We can use such data to analyse content attractiveness and for other statistical purposes.

No, I am asking for more information